Warning: A non-numeric value encountered in /storage/content/07/103807/howtotellagoodstory.se/public_html/wp-content/themes/Divi/functions.php on line 5752

System.out.print(”Language is a social construct”); 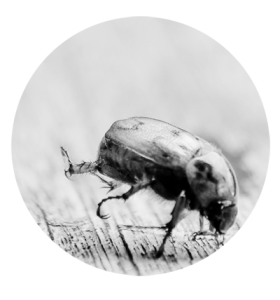 Language. Completely impossible to discuss without using the crowbar inside the box.

I write in two languages, it’s not a unique gift but it is still rare. I’m glad I have that opportunity, to claim two languages as my own even though I’ve grown up in a single language environment. (However much any environment in a industrialized  country can be single language given the amount of secondary languages we immerse ourselves in through media. )
Still, I’ve learned English in school, and spoken it at first shyly and then more and more boldly abroad, at Uni, at social events and in text.

And here I am, with two sets that doesn’t match. At first, when you start dabbling in the dark arts of trying to convey a story in your secondary language it feels easy. You have your own cheer leading squad in your head, going 1 2 3 4 LIKE A BOSS (my squad can’t rhyme OR keep a rhythm) and everything is just peachy. Then suddenly as your grasp around the synonyms becomes firmer you realize just how hard this enterprise you have gotten yourself into is. Because it doesn’t add up. Like the Swedish word Slagregn, beautiful and very precise. It’s Pelting rain in english, but with the Swedish one you can really feel how it hits you, shoves you and pushes you to the ground (or wall, if you leave in more windy parts of the country where the rain comes at you from slightly different angles). Now don’t get my wrong, Pelting is a good word too but the Slagregn, it’s just something to the melody of it that doesn’t travel between the languages. Or tvärdrag. Cross breeze some would say but as far as I can tell it’s not really exactly the same thing. It can be used as if. But it’s not. Also a beautiful word. Or the old classic. Svårmod. You’ll have to google that one yourself.

And here I am, with two languages and two personalities that fights for the best seat in this theater. Because in the end, that is what happens. The way you speak or communicate is a way of expressing your personality. Your personality could be said to constitute of how other people perceive you, and different language means different interpretations of your person.

I am not the same in English as I am in Swedish. This bugs me. But it is also something great, because it gives me the possibility to explore the gap between the two.

Hopefully this thing with writing about language, storytelling and so on in two different languages wont cement the two as much as open up the possibility of merging them, or at least finding more path ways between. We’ll see.